A Growing Need For A Better Bread (or Bread Part 2) 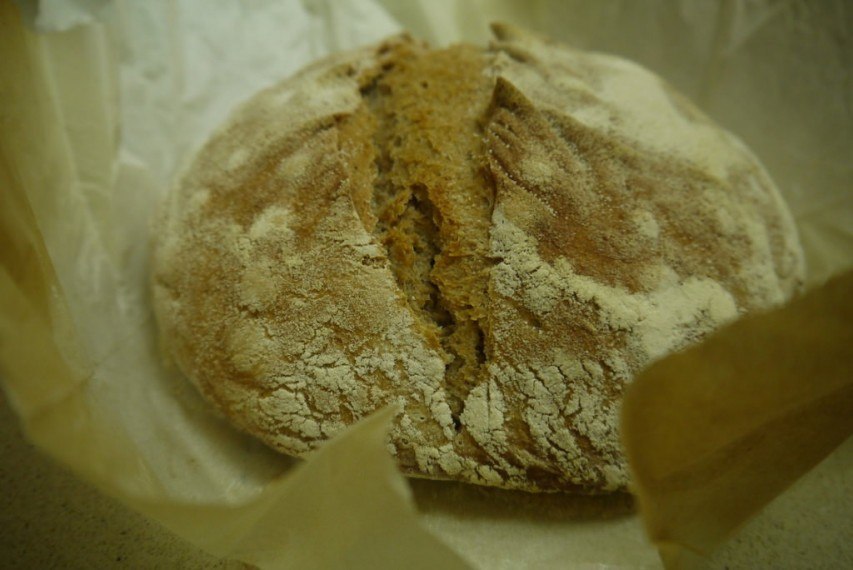 Last post I was talking about how my affair with bread started when I went to culinary school in Paris. Soon after, when I came back home to Israel, I discovered how much I missed the French bread, and how non-existent it was in our daily life. The “normal bread” was nothing I couldn’t do without. I bought a few artisanbread loafs at the bakery to accompany a dinner I was cooking but after a while I was intrigued in serving my own bread with my cooking. 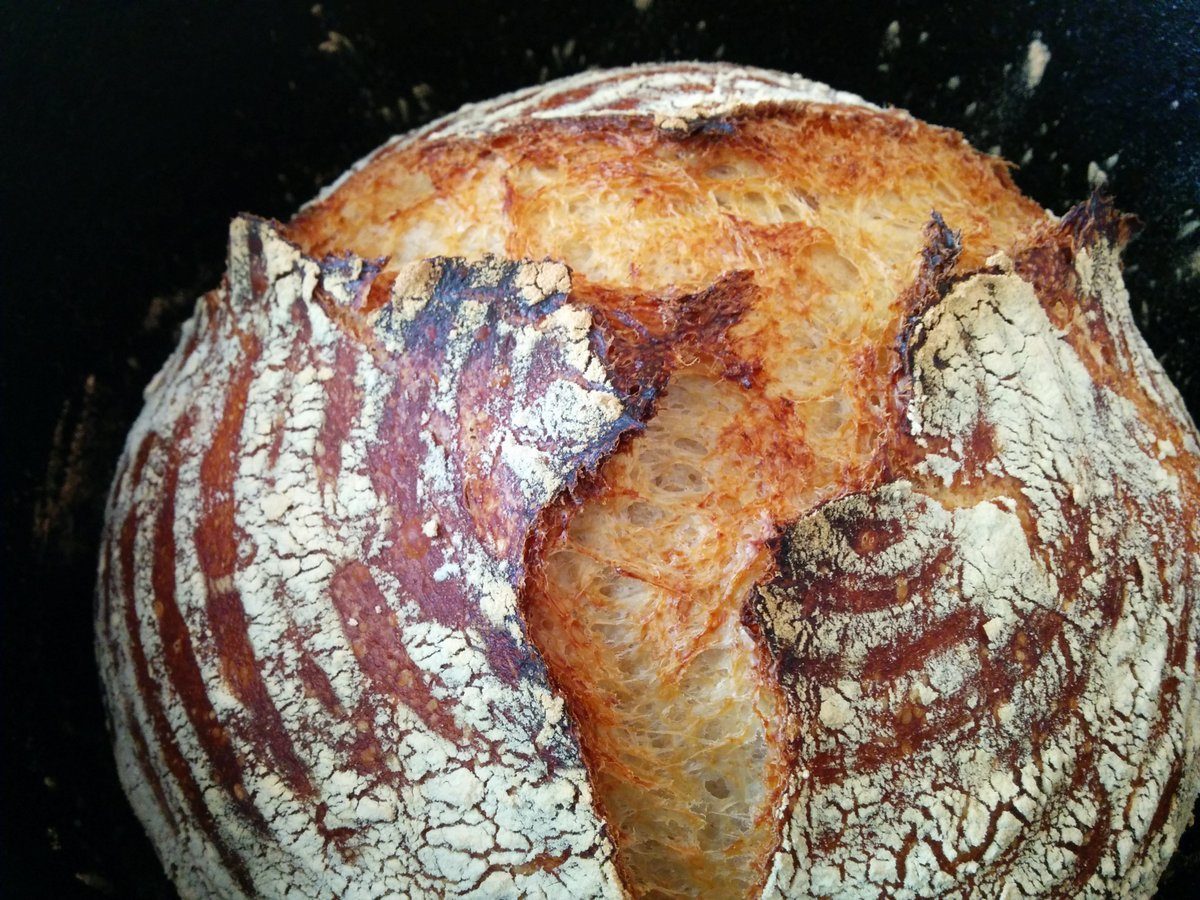 The journey to making the perfect bread

I started with trying out all kinds of yeast breads and country breads which are simple and fast to make, starting a day ahead. I tried several recipes and made all kinds of different loafs, some with nuts and grains, whole wheat or country style and it turned out pretty nice. But nothing like the French Pain au Levain (Sourdough bread). It was only few month later when I started reading about growing my own starter for a sourdough. 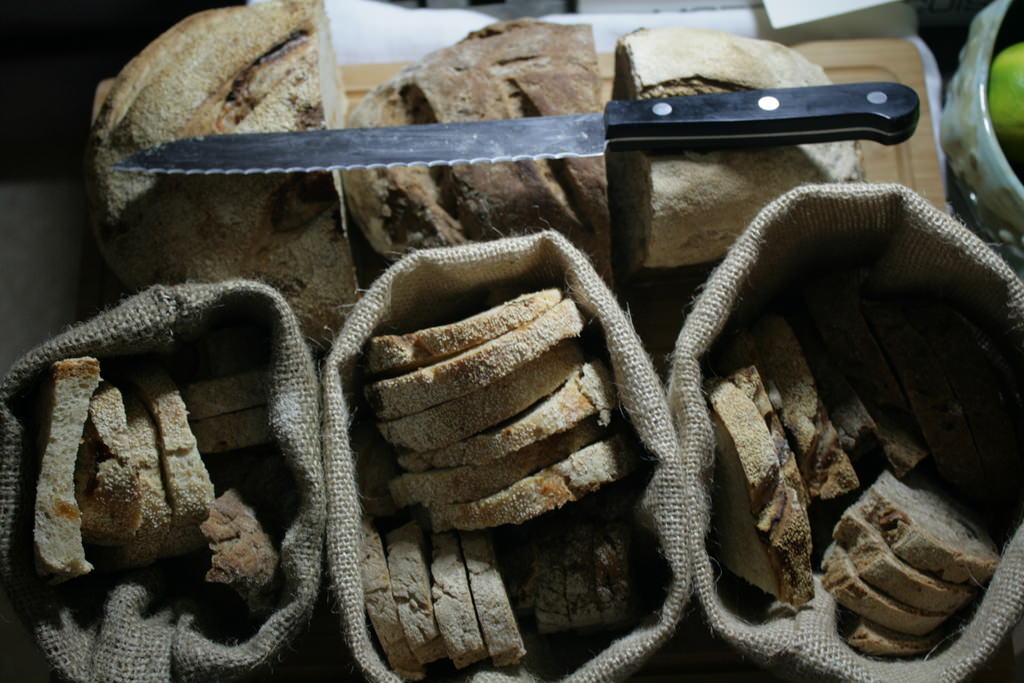 Three types of bread from the pre-starter period 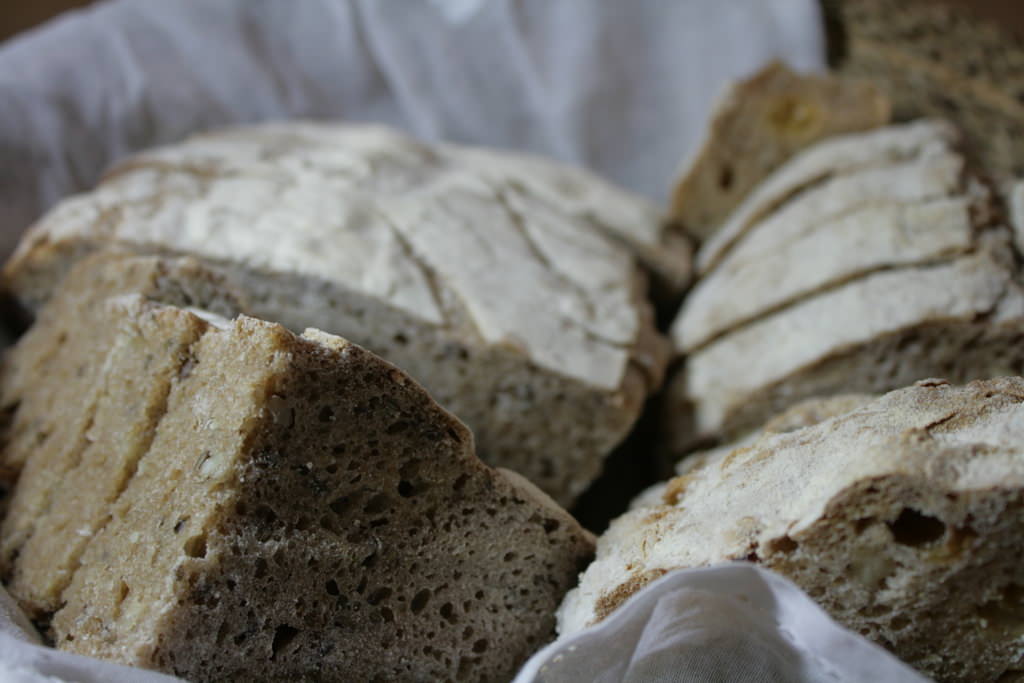 Bread with nuts and grains 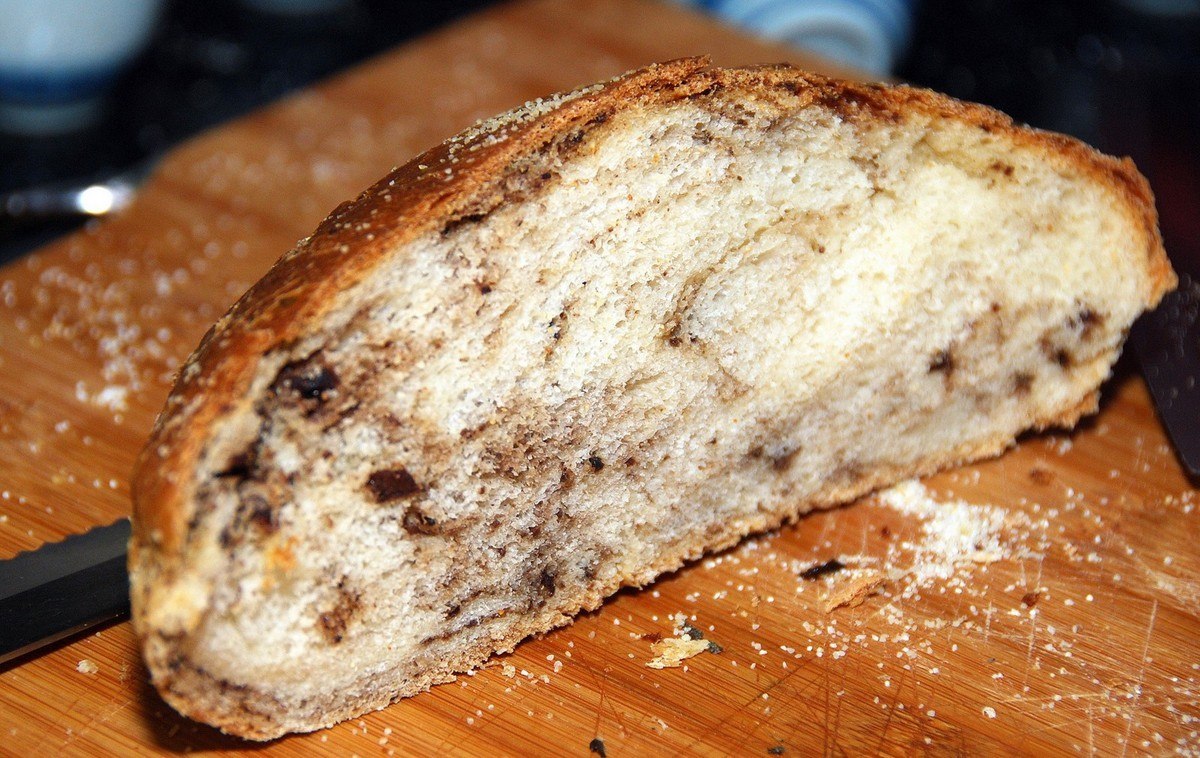 Olive bread, not bad, but nothing like Pain au Levain.

The first attempt wasn’t so successful. I followed the direction from a recipe online, got up every morning to feed it and finally used it for a bread, but it came up dense and heavier than what I wanted. Finally I ended up suffocating the poor fella and had to start over. 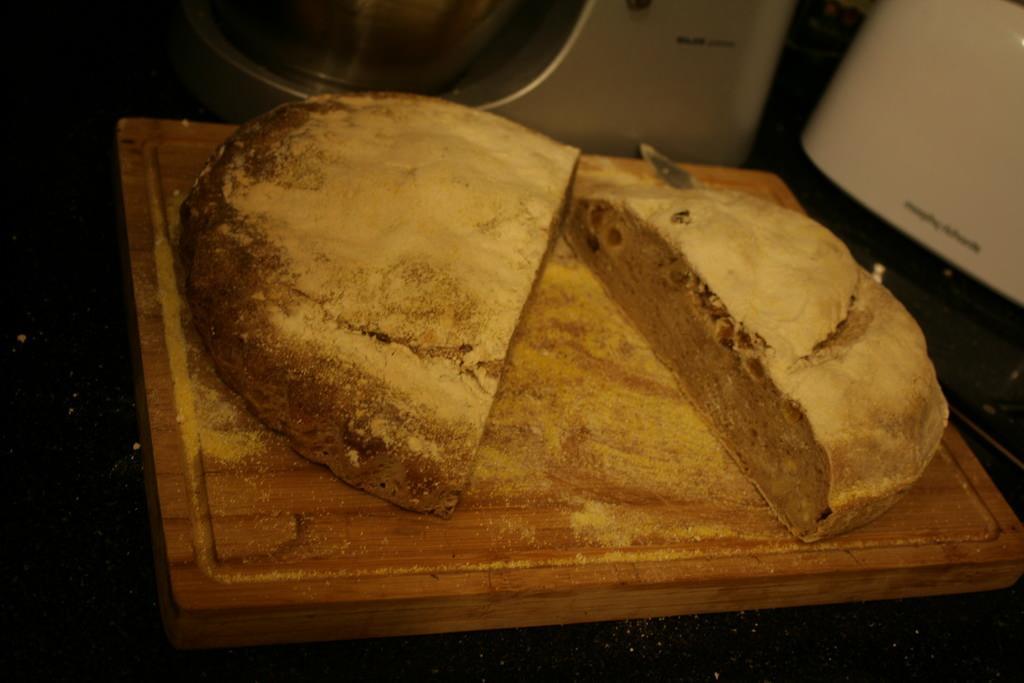 First attempt with a starter, bread came out flat and dense.

The second attempt was much better, I cared and nourished my starter and switched from a “wet” to a “dry” starter. 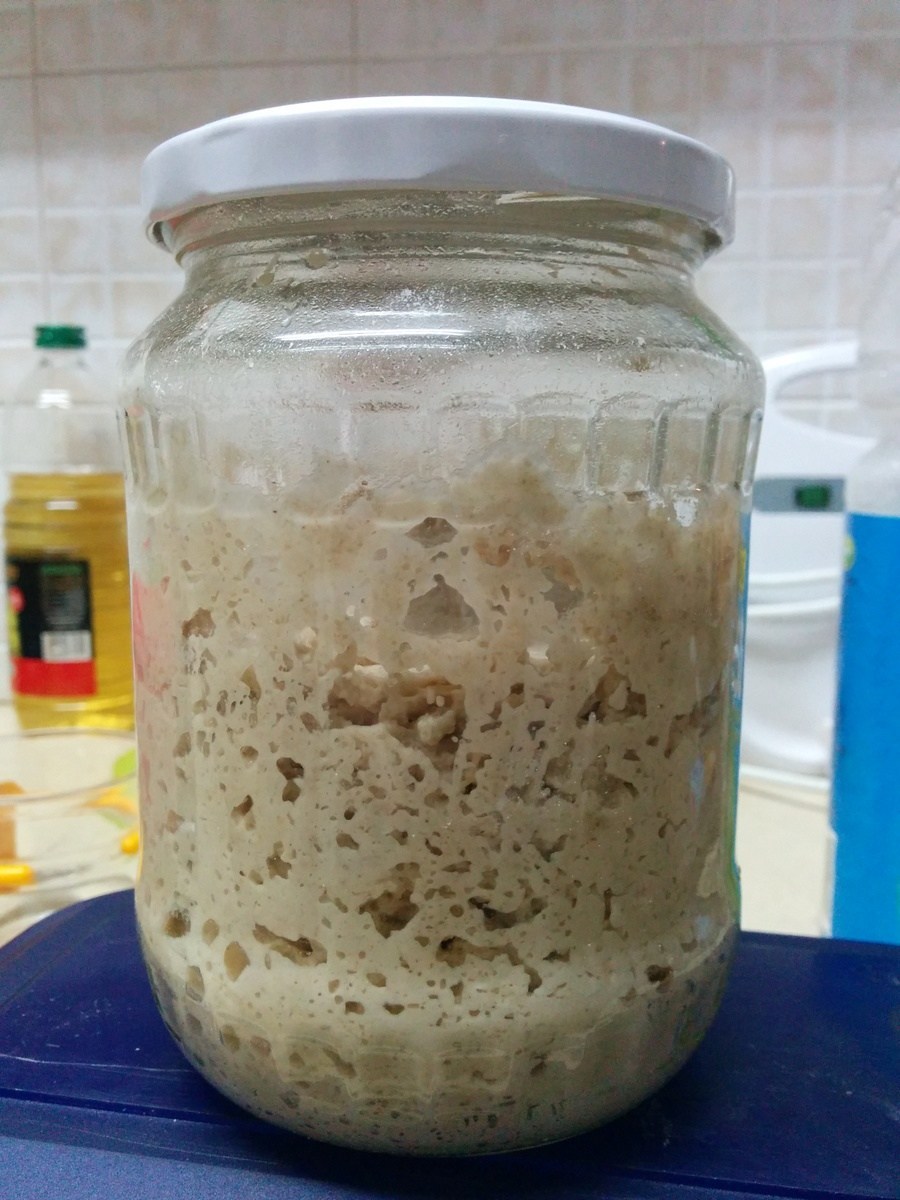 I began serving my own bread with my dinners which was a big step forward.  The bread came out good, not great, but at least it was homemade and fresh Levain bread. 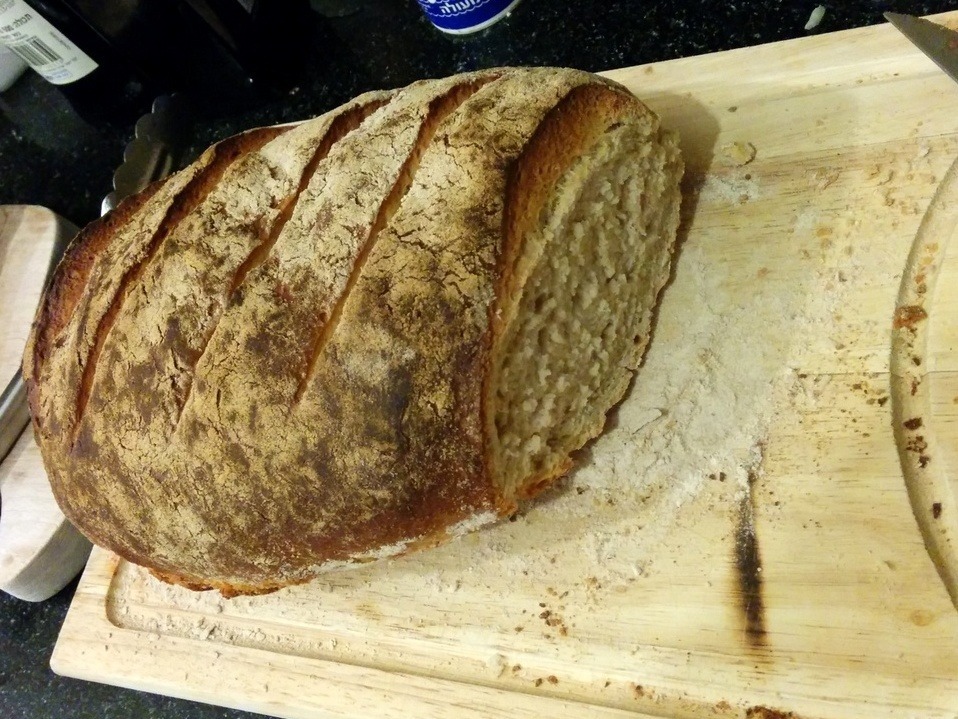 Getting better at it

The bread got better with each attempt and both the starter and I got used to the feeding routine. 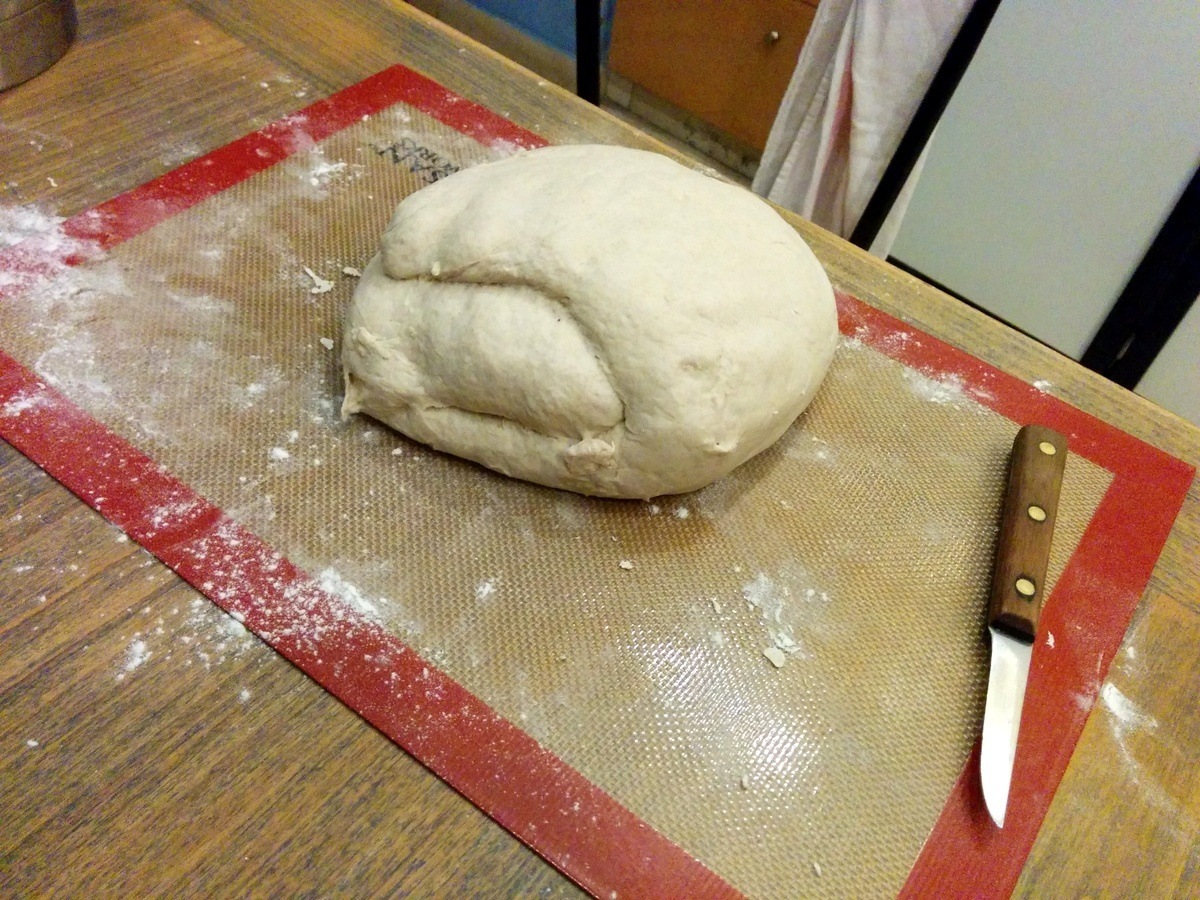 Folding the dough, getting used to each other 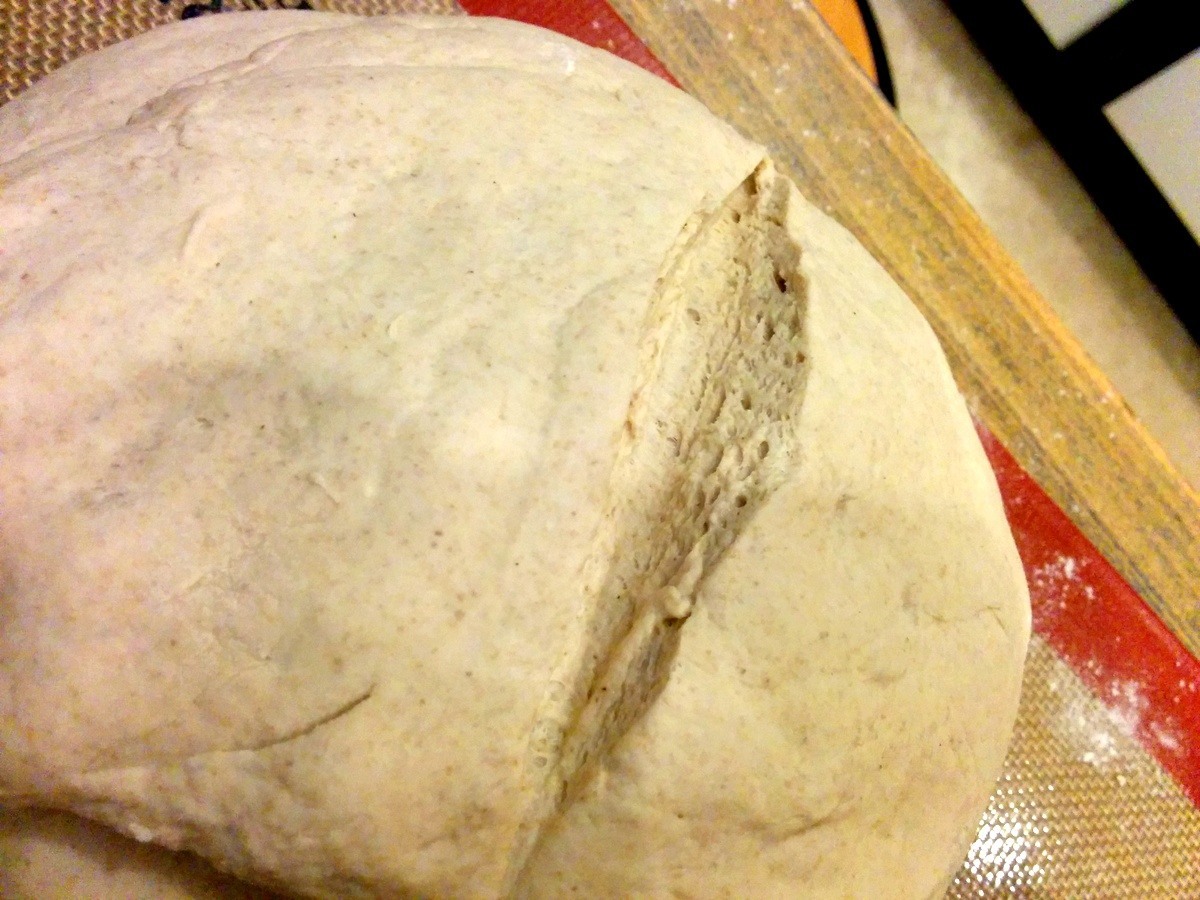 Slashing the dough before baking

Even though it got better, still it wasn’t the heavenly buttered slice I remembered from Paris. 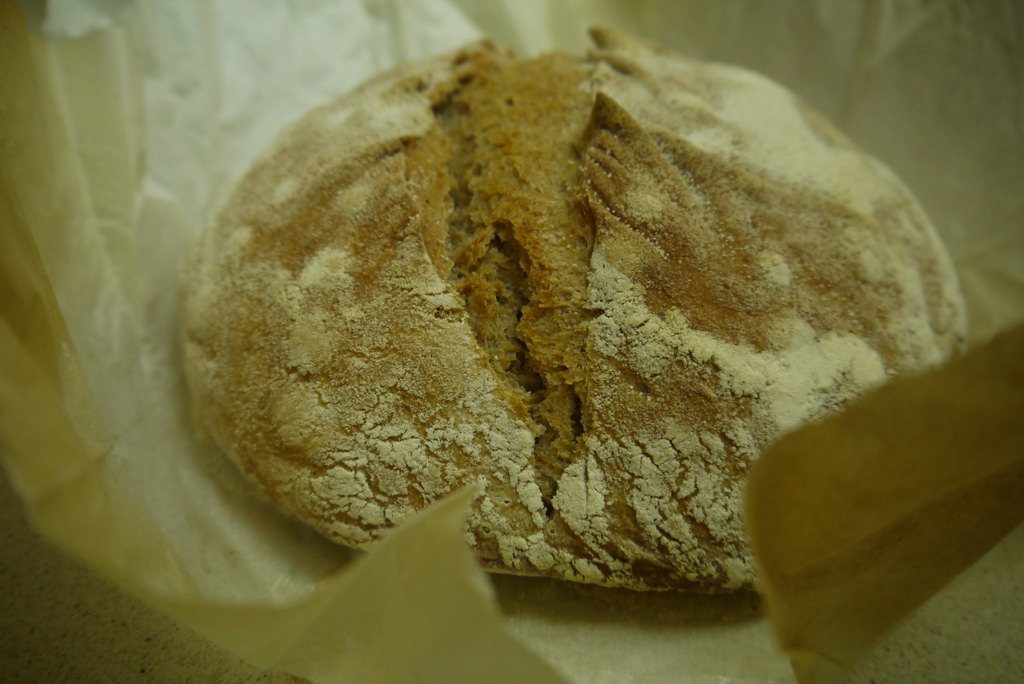 My Pain au Levain gets better with time 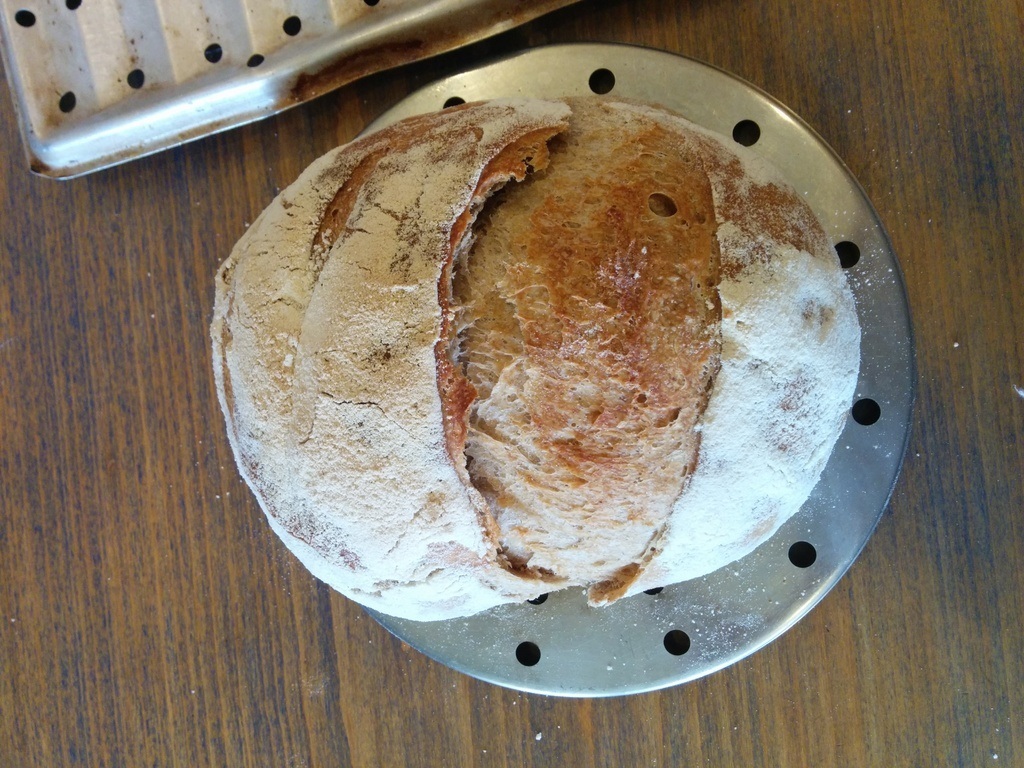 Last loaf of bread before leaving the country

Next part will talk about how we moved to San Francisco together with my starter and ways I improved my bread since.

Get updates to your e-mail with new blog posts, invitations and news: