Four Steps To Creating A Better Bread (or Bread Part 3) 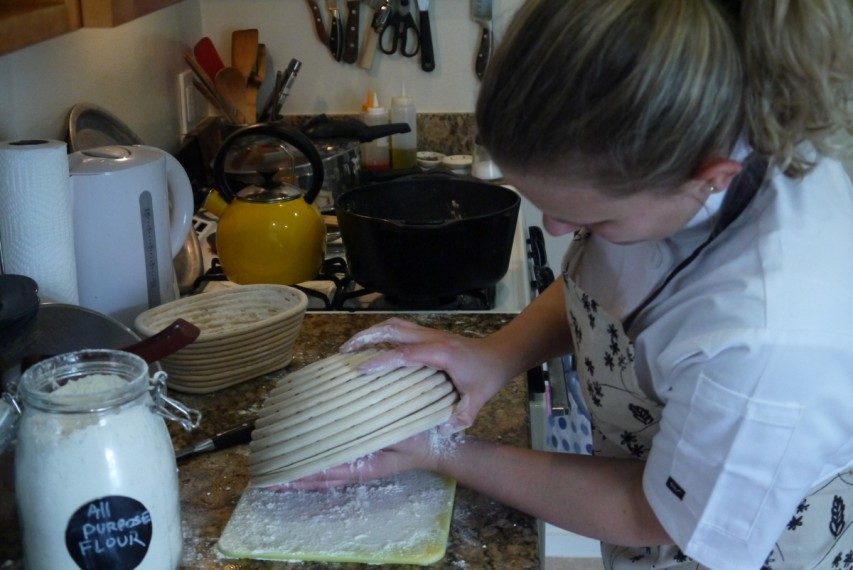 Last two posts I was talking about how I started to grow my own starter for a Levain bread (sourdough) before leaving our home in Israel to the USA.

When it was time for us to pack our lives and head to our new adventure in San Francisco I had to pack my then about 6 month old starter to come with us.  I used a small shampoo container to take a little bit of starter with me, that’s really all you need, and all four of us traveled to the other side of the world (the cat, the starter and the two of us).

For the first few months we stayed at a temporary housing, waiting for our stuff to arrive later with the container. I didn’t have my standing mixer yet so I just kept feeding my starter, building some San Francisco depth of flavors into my Tel Aviv starter. In the meantime I purchased some decent bread from the city’s bakeries, the stuff you see in the supermarkets is packed with sugar, conservatives and other additives. 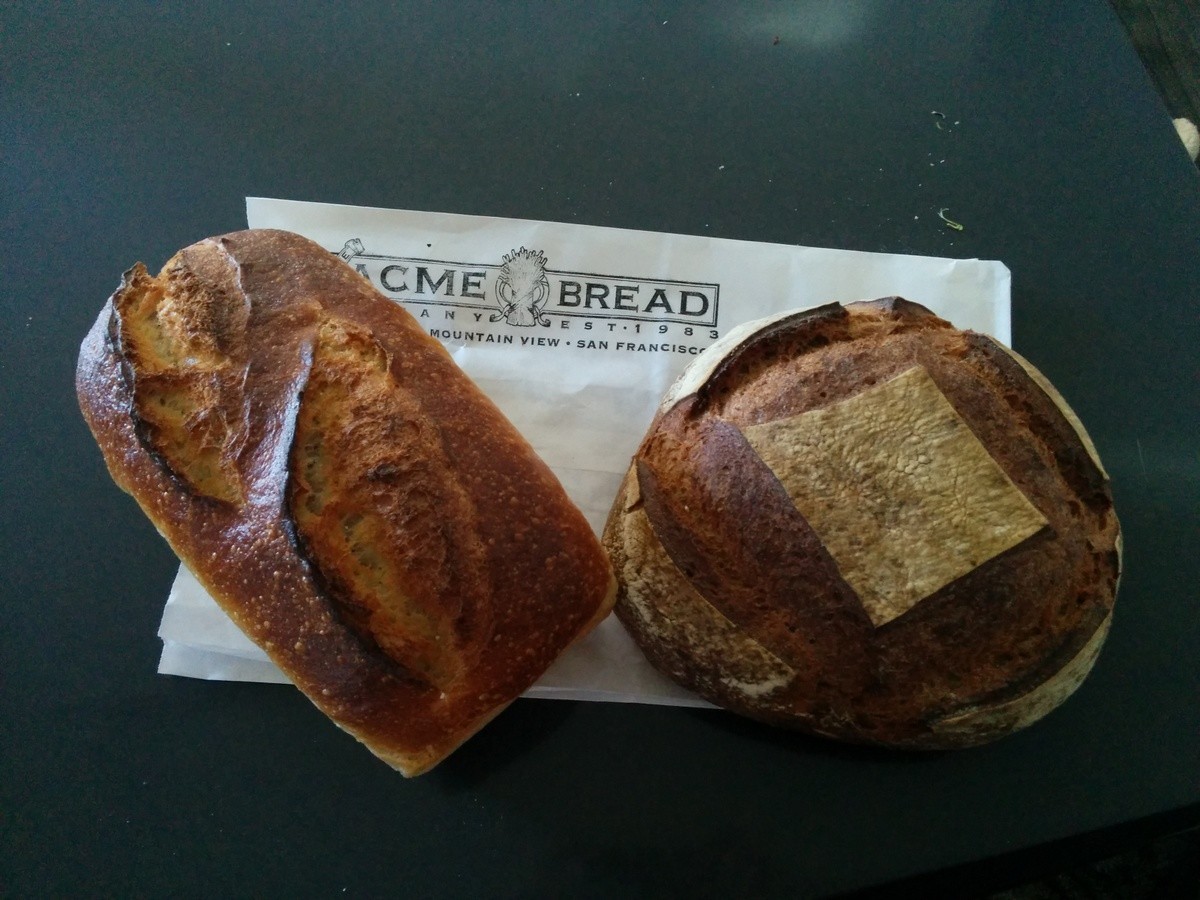 Finding decent bread in San Francisco, only in the best bakeries in town.

Three months later we settled into our own place and I finally used my starter to bake the first loaf in a new country, using my regular recipe I was had back home. 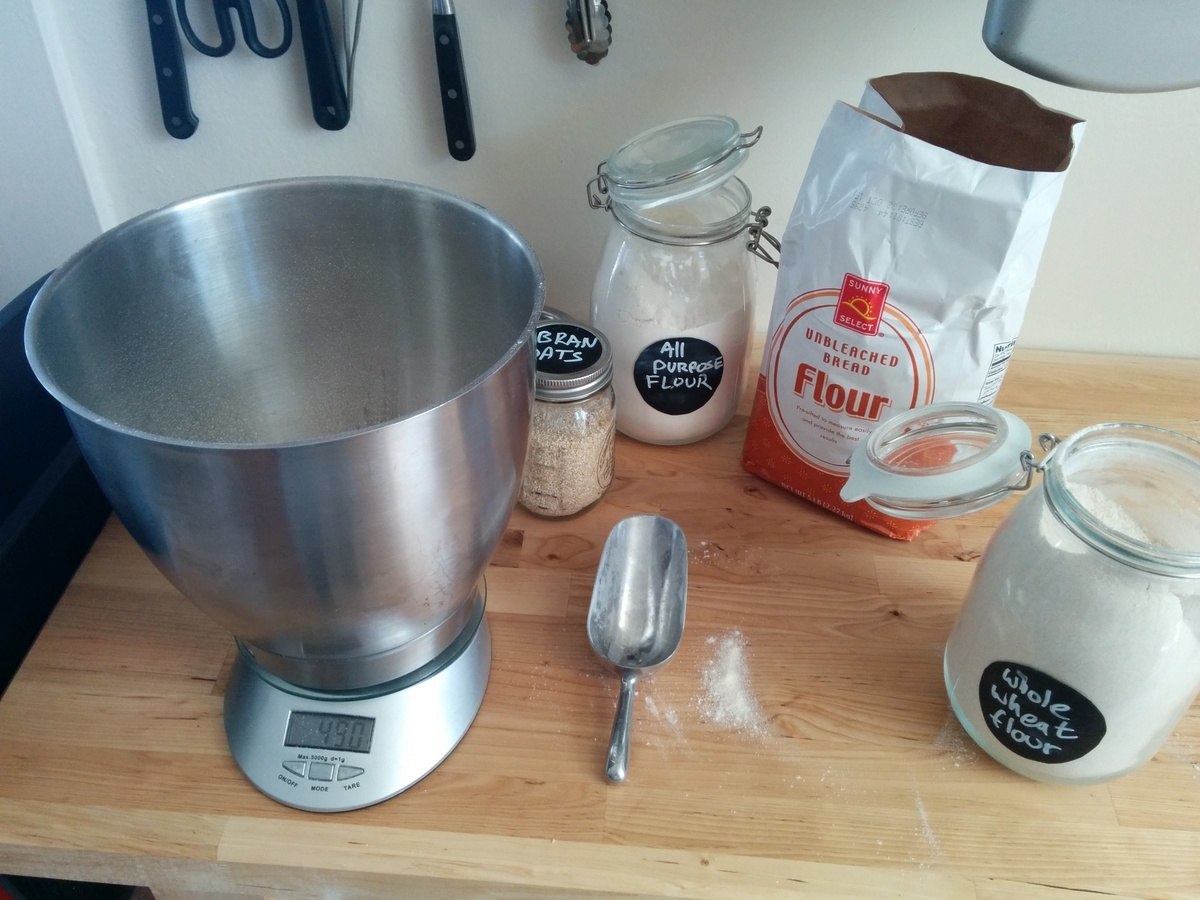 Mixer arrived to my new kitchen 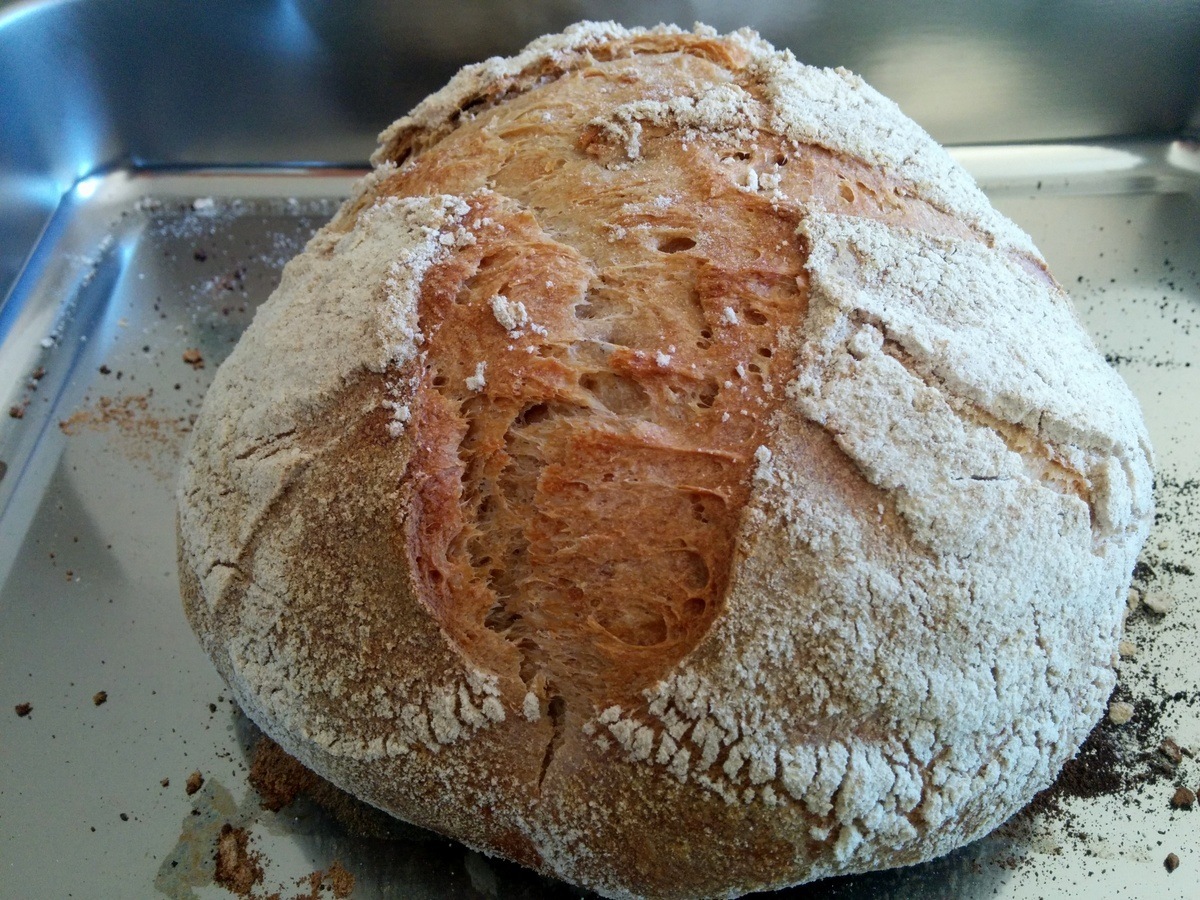 First loaf of bread in San Francisco, after three months 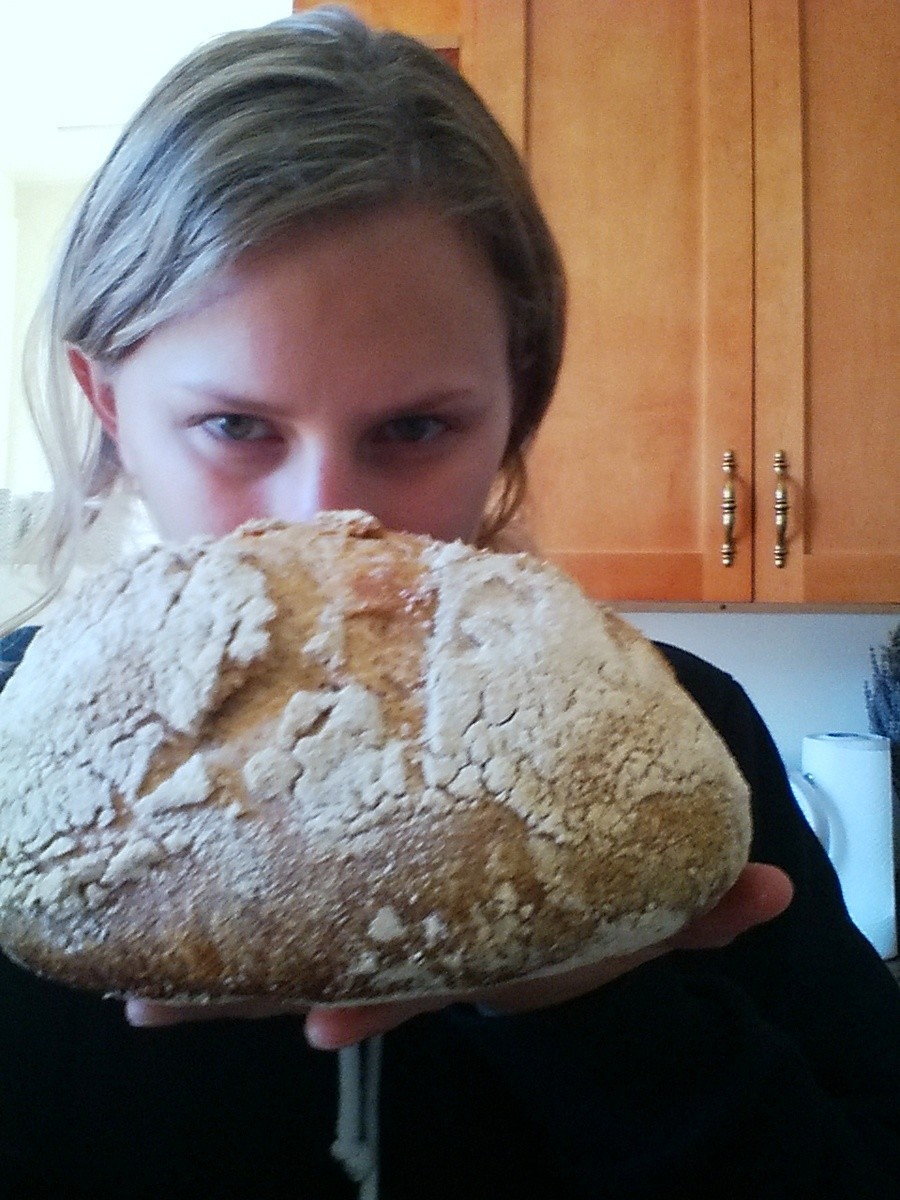 Not bad after a long break! 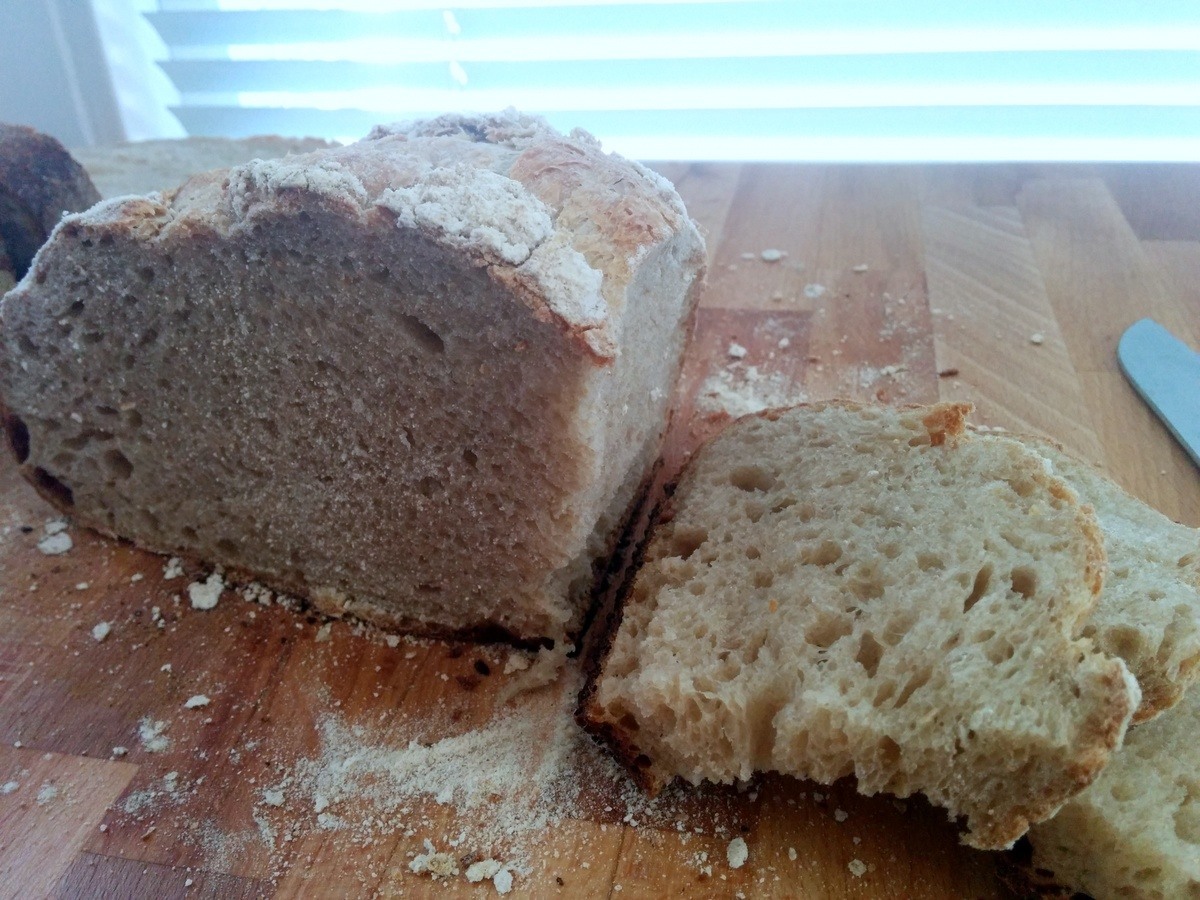 The bread was really tasty but still needed improvements. Since then, in the course of a few months, I’ve made a few changes – 4 to be exact, and the result was drastically improved.

1. Use a Pizza Stone on the Top Rack of your Oven

First change I’ve made was with the oven itself. Our oven is gas operated and works differently than what I was used to, it took time for me to understand that. I was used to an electric oven with two heating sources, one on the bottom and one on the top, and one can choose which one to use or both, which was the case for most of the baking. With the gas oven, there’s only one heating source at the (almost) bottom of the oven, and a little drawer underneath to scorch the top, or “broil”. I’ve noticed everything I put in the oven gets an uneven bake – burned on the bottom and under cooked on top. I googled my issue and found a really interesting article about how heat travels in a gas oven and how I can improve the use of it. The solution was to buy a large pizza stone and put it on the highest rack in the oven. That way the heat travels up, get absorbed in the stone and then projected back to the center of the oven, acting as an upper heat source (by radiation) if you start the oven running at least 30 minutes ahead. That little adjustment caused a big change! I grew very fond of my new oven, and the bread turned out a lot crispier on the outside. Pretty much everything I used it for turned out a lot better. 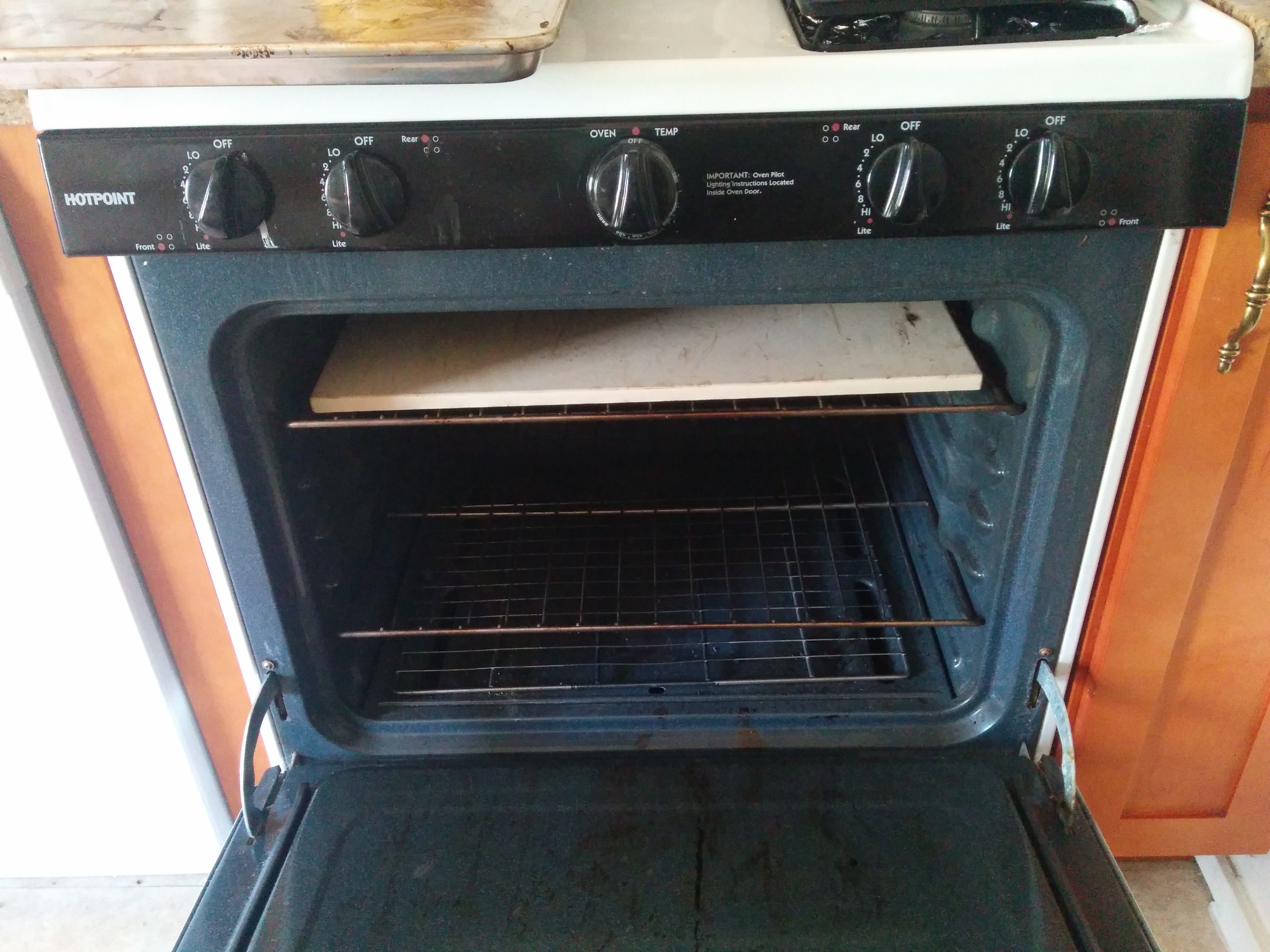 Better use of my gas oven, Pizza Stone on the top rack.

The second changed I’ve made was buying a new book about bread: Flour, water, yeast, salt by Ken Forkish. I don’t remember how I’ve come to discover that book but I’m pretty sure the picture on the cover was what really sealed the deal for me. I wanted to achieve that gorgeous looking bread!

I improved my starter by using the book’s feeding instructions and I adopted its recipes for hybrid bread (using starter plus a bit of dry yeast to help the dough rise). I truly recommend this book for anyone who’s serious about bread making. I also stopped using the standing mixer and adopted the book’s guidance to hand kneading which is very minimal but efficient.

Third change, following reading enough of the book, was when I bought two proofing baskets. That helped me with easily flipping the proofed dough just before going into the oven, and also made the bread look really nice, having visible flour stripes, making the loaf look a lot more professional. 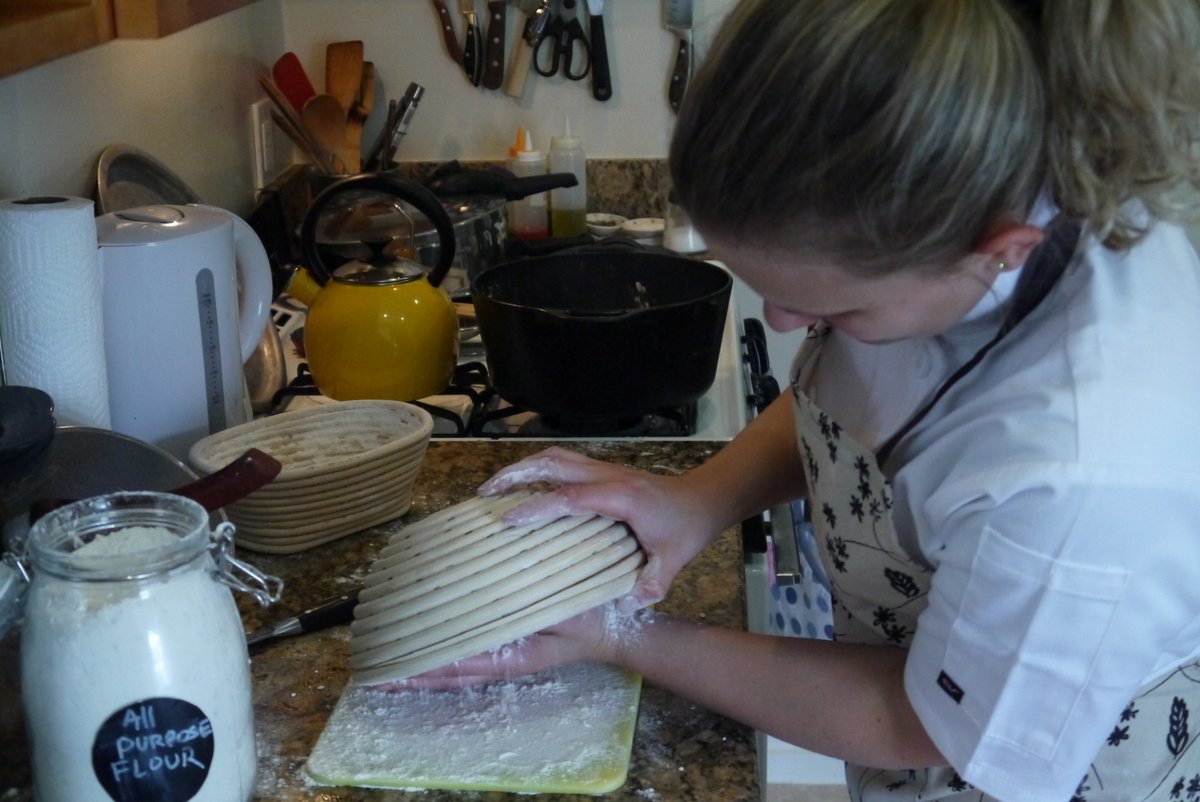 Proofing baskets made a big change 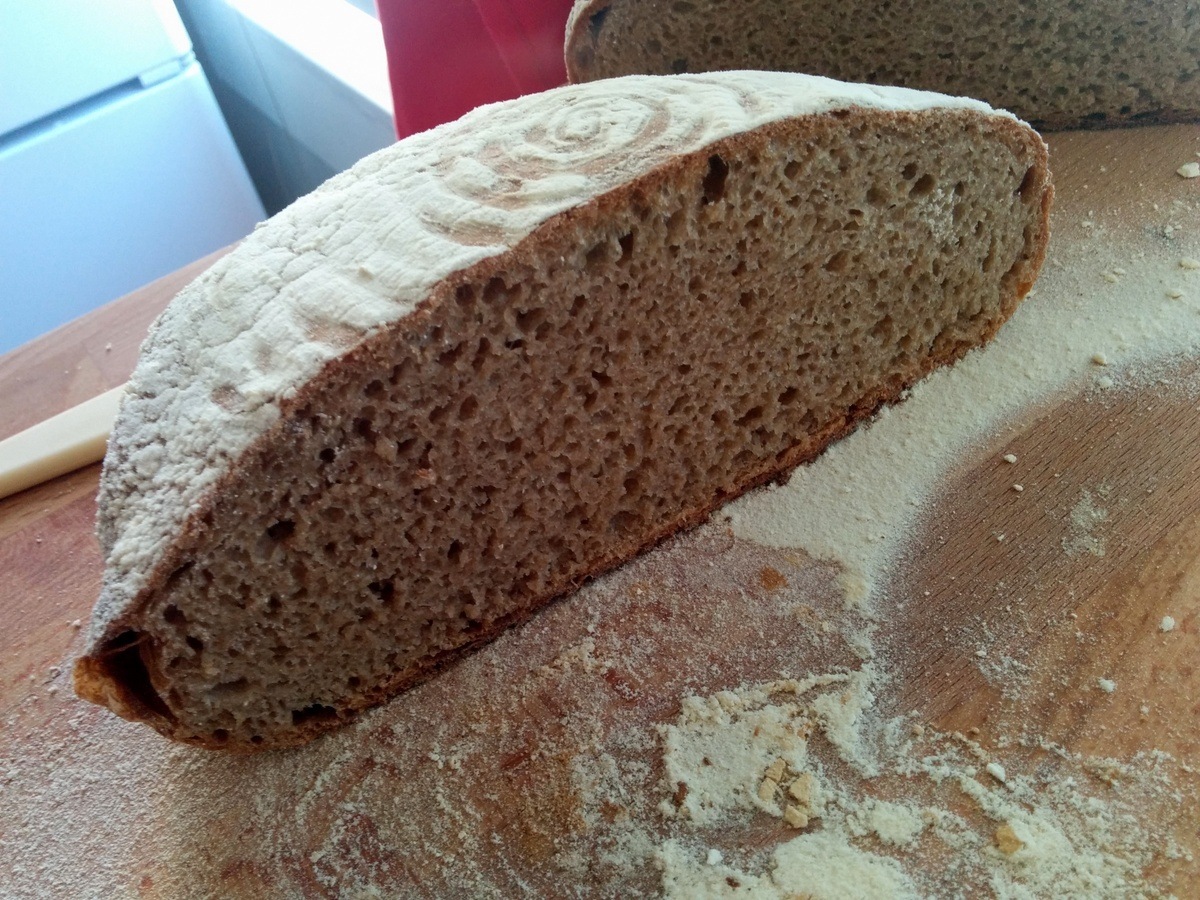 But not enough, something else is missing

4. Bake in a Dutch Oven for the First Half an Hour of Baking

Fourth change was getting a Dutch Oven which isn’t an oven at all, but a cast iron pot with a lid that goes in the oven. Baking the bread in a preheated iron pot and a covered environment mimics using an expensive steam oven. The steams that escape from the dough (high humidity dough) are kept inside the pot providing a more hydrated baking without having to open the oven from time to time and spray water in it and losing heat. The lid would come off after 30 minutes of baking, leaving the rest of the time in the oven to brown and develop a real nice crust on the top. 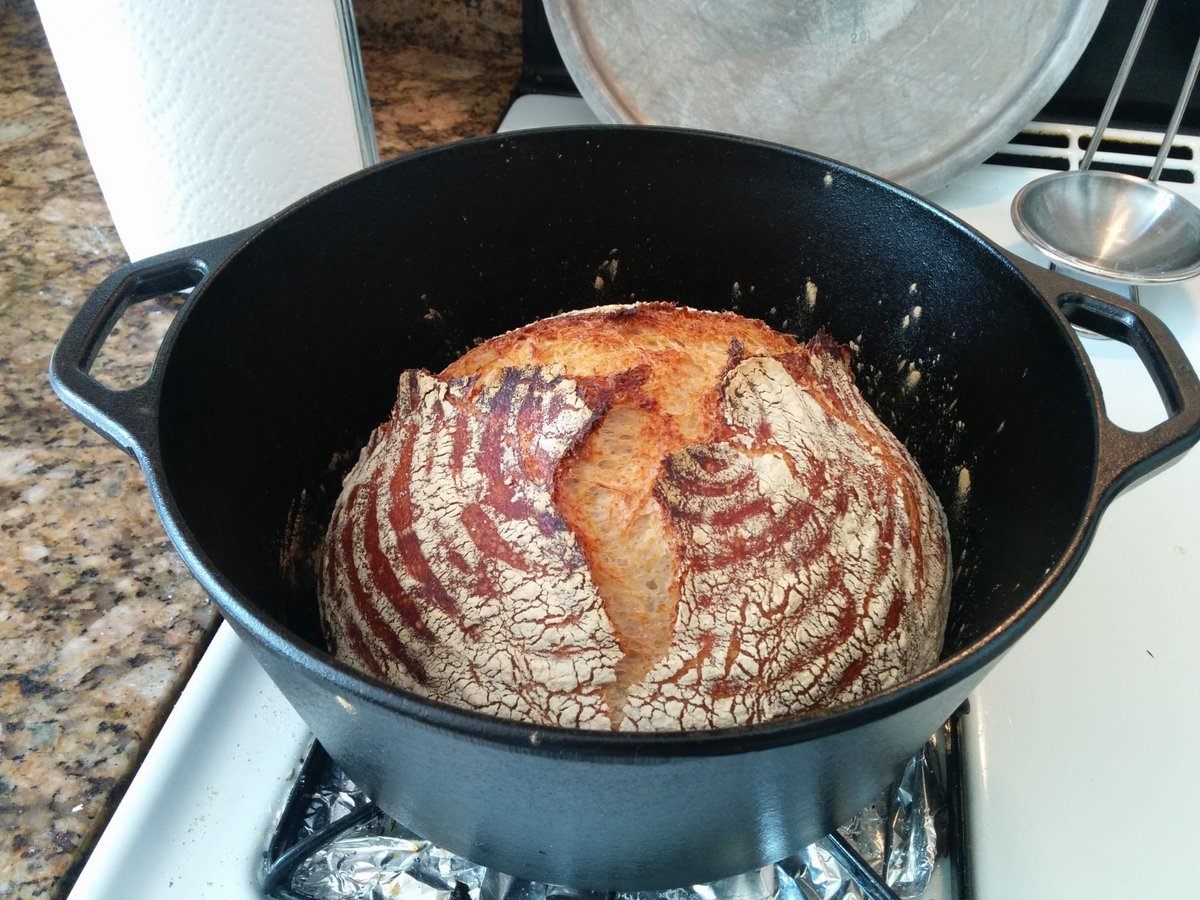 Introducing a Dutch Oven to my bread made all the difference in how the loaf developed in the first baking stage.

Every time someone asks me to give some tips of how to bake a better bread I give these 4 small steps that together brings a great result:

But do remember: great bread requires a lot of attention, time and love. If you don’t have either the love of bread making or the time and schedule it requires, think again if the whole thing is for you.

So how does the process of making a loaf of bread look like in detail? To be continued in Bread Part 4.

Get updates to your e-mail with new blog posts, invitations and news: